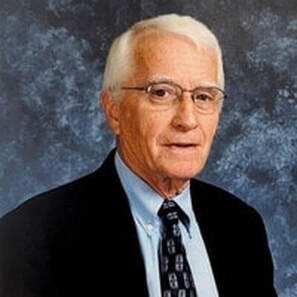 This endowment was established in 2002 to recognize 50 years of service of Mr. Henry Knueppel, who served as a teacher at St. John's for 42 years and as the Minister of Parish Care for an additional 17 years. In 2011, St. John's officially recognized his many contributions by naming St. John's gym, "The Henry P. Knueppel Gymnasium."

Henry continued to serve St. John's in various capacities until he received the Crown of Life from his Lord on September 8, 2022.

Your contribution to the HK Fund will allow increased gifts to assist the Lord's work here at St. John's through Christian Education. You are invited to join the many alumni, friends, family, and congregation members who have contributed—and continue to contribute—to the Henry Knueppel School Endowment Fund, helping to keep the legacy of good Christian Education alive. 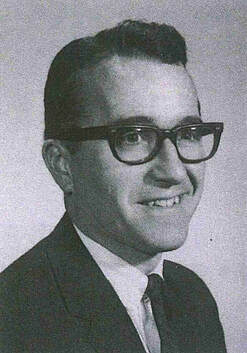 Henry Paul Knueppel was born at home on Christmas Eve in 1929 in Maywood, Illinois to Henry and Esther (Kolb) Knueppel. He attended St. Paul’s Lutheran Grade School in Melrose Park and Concordia High School in River Forest. He was a 1952 graduate of Concordia College in Seward, Nebraska where he received a B.A. in Education. In 1964 he received a Master of Arts in Education from Concordia College in River Forest. In order to be sure he wanted to be a teacher, he served an internship year at Cross Lutheran School in Omaha Nebraska from 1950 to 1951 teaching third and fourth grades.

St John's Lutheran School in Chicago extended a Solemn Call to Henry in 1952 to serve in the areas of "youth, athletics and teaching". Accepting this Call led him to teaching fourth grade for one year followed by seventh grade; developing and teaching St. John's first physical education classes; and coaching fifth through eighth grade boys' and girls' sports teams. He was the church's Athletic Director for all male and female sports which included basketball, softball, bowling, volleyball; and organized the girls’ softball league for the Lutheran Athletic Association. He expanded the church's Youth program known as the Walther League, conducted youth outings for high school and older young people and served ten years on the Northern Illinois District's Youth Board.

Other interests and involvements included singing with the St. John's Adult Choir since 1952, developing and playing church softball and basketball. After retiring from teaching in 1994, he developed St. John's People Caring for People program which he ministered to until 2010 when he fully retired. He was a 55-year member of the IHSA (Illinois High School Association) allowing him to referee boys and girls basketball and girls' softball. As a member of the Umpires Protective Association, he umpired mens' 16" softball for over fifty years. For years he conducted paper drives that would fill a semi-truck, the proceeds of which helped to finance his athletic and youth activities. The American Heart Association of Greater Chicago honored him and St. John's student body in 1994 for the eight "Jump Rope for Hearts" fundraisers coordinated by him that raised a total over $27,000. He was awarded Teacher of the Year by the National Parent Teacher Association and Alumni of the Year by his alma mater, Concordia University in Seward, Nebraska.
​
Henry Knueppel thoroughly enjoyed his father's cottage in Wild Rose, Wisconsin and the family reunions that were held there. He enjoyed camping trips with his family, traveling to Europe with his wife, canoeing, fishing, was an avid gardener, often volunteering at church and school, and attending CBS Bible classes.